On Monday Night, Texas filed a lawsuit in the Supreme Court against the four contested battleground states of Pennsylvania, Georgia, Michigan, and Wisconsin. The suit alleges election fraud and unconstitutional changes to the way the election was conducted from the state legislatures.

Texas Attorney General Ken Paxton, who filed the suit on behalf of the state, wrote “Our Country stands at an important crossroads. Either the Constitution matters and must be followed, even when some officials consider it inconvenient or out of date, or it is simply a piece of parchment… We ask the Court to choose the former.” 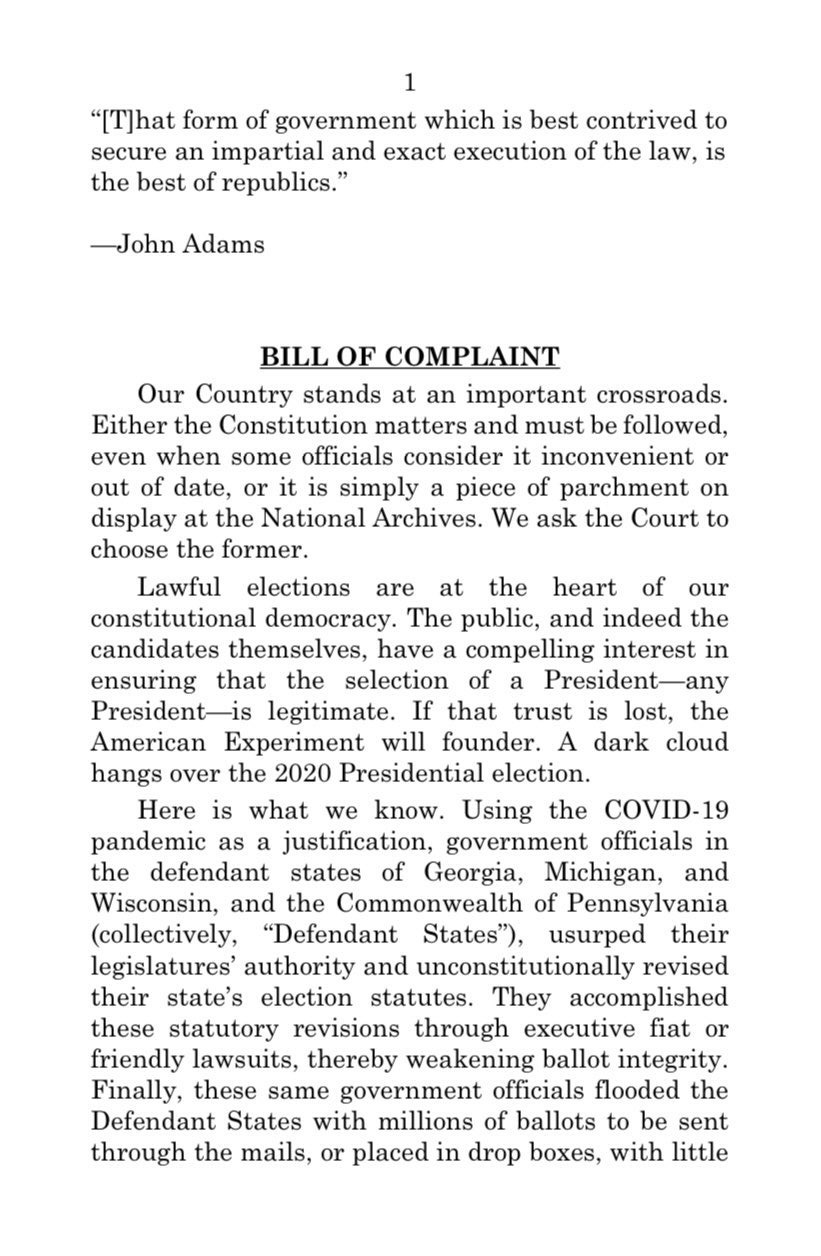 The full lawsuit, which can be found here, claims that the states broke the law after instituting voting reforms related to the coronavirus pandemic. Specifically, it alleges that these reforms were not done by the state legislatures of those states, thereby rendering the result of the improper elections illegitimate.

Despite push-back from other attorneys general, the Supreme Court is hearing the case. The Supreme Court is expected to hold a hearing soon about election results from Pennsylvania. The scheduled hearing was moved up to Tuesday because that is the last day to certify results per federal law.

RELATED: 76 Republican Representatives In PA Send Letter To Congress Asking Them To Reject The State’s 20 Electors